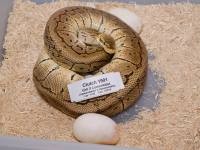 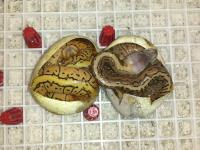 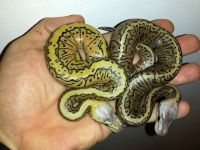 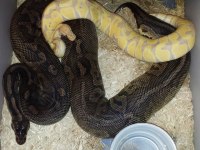 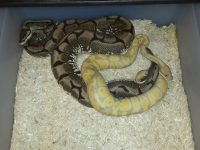 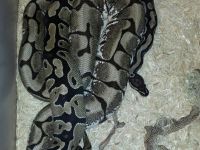 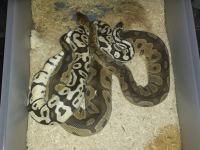 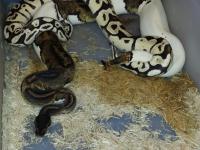 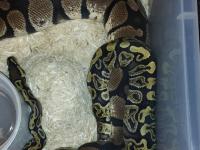 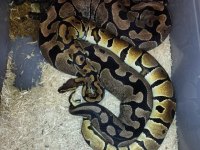 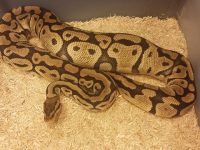 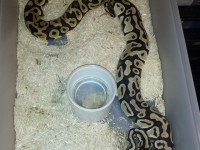 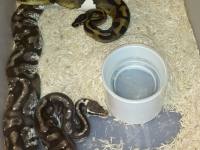 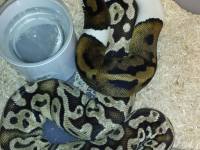 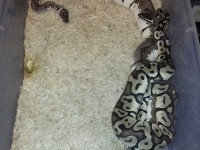 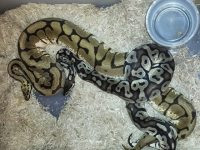 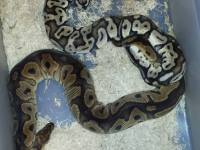 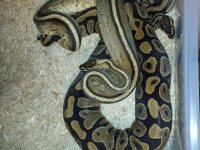 I get this question fairly often.  Which is a VERY good thing!

What I’ve done to make things fairly easy to track is created albums in Facebook for both my current clutches incubating as well as the ones that have hatched.  I update it almost daily as things are laid or hatched as well as if eggs in clutches go bad so you know down to the egg what’s cooking, when its due, and when it hatches!

Hopefully this helps and if you have any thoughts on how to make it better by all means let me know!!!

Without further ado here they are for the 2014 Season! 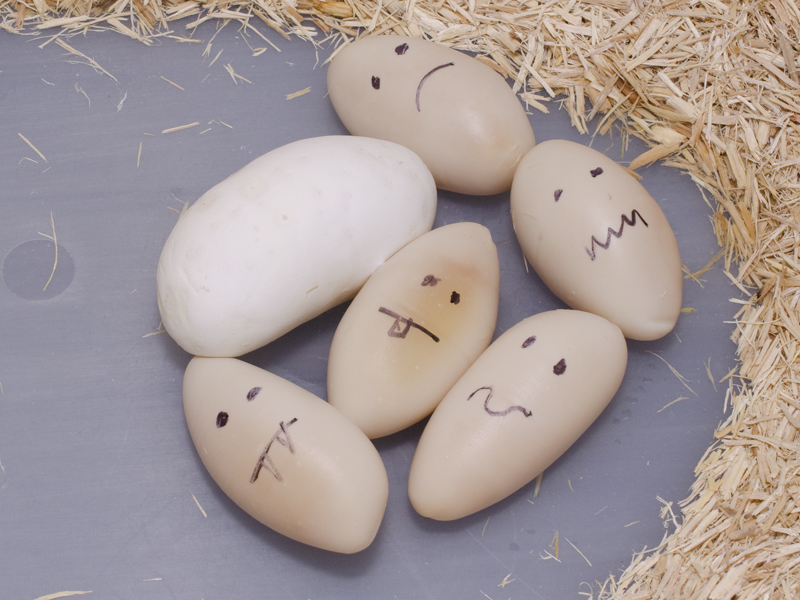 As far as how this season is going…in a word, “Sluggy”.

If you are unfamilar with a slug, it’s an egg that is a “dud” or infertile.  They are fairly easy to tell from good eggs, even without candling.  They have a much smaller size, much darker brown/yellow color and don’t feel the same as good eggs.

Good eggs are plump, white, have good size, and feel like a leather pouch filled with water.  In the picture at the top of this post you can see the nasty “sluggo” family next to the single good egg in the clutch.  That my friends…is a sad clutch for anyone to see.

Slugs ruin your day.  The next thing worse is eggs going bad during incubation.  Slugs at least have the decency to tell you as soon as they emerge that your hopes are dashed…not a few weeks later 🙁

So far this season I’m seeing roughly 50% of my laid eggs as slugs.  Absolutely HORRIBLE odds.  Which means of course I did something very wrong!

“So what did you do wrong Mr. Slugsworth?” – You say
My biggest mistake this past season is change.  Changing what “worked for me” because I thought doing something different was a good idea when what I was doing before was working just fine.  In some respects experimentation is a very good thing.  For me….it was not…but I now know better for it!

My change on the season was my room and hot spot temps.  During my previous breeding seasons I did night drops to the low 80s on the hot spot in each rack until about January.  Then I would go with a solid 85 degrees on the hot spot until I started getting most of my clutches out, then I would bring the heat back up.

Again.  “Normally” that’s what I do and what worked for me.  This year I decided to change things up and go without any kind of night drop or temp drop at all.  BIG MISTAKE.  While this works great for other breeders, as was my reasoning for trying it, it was not a good move for me.

The “golden” rule with breeding, so I’ve heard, is keeping females below 85 degrees is the ticket.  This was how I have operated in the past by keeping my hot spot temps low.  This season with my hot spot at 90 all season long I paid a pretty hefty price in slugs. 🙁

So what causes slugs?  A number of things can, but generically: heat, stress, and handling.  Slugs are primarily the result of a female ovulating too soon.  If she gets stressed, handled too much (including over palpating), or gets too hot she will either reabsorb or ovulate sooner than normal.  If she ovulates too soon or when she’s not fully ready to, you will see her wrapped around a pile’o’slugs come the summer.

Alot of females will thermoregulate themselves to avoid heat, hence why I’m not having an all slug season, but some won’t, they choose the security of the back of the cage over temperature preferences.  Again all bad things when it comes to producing viable, happy little snake eggs.

So here is my answer to what happened to me this past season.  It means a “rebuilding” year as it were, but it also means females will bounce back faster than if they laid good eggs.   Knowing what I know now, I’ll be shooting for a spectacular year this fall!

Best of luck to everyone’s season!
May your clutches be slugless 😀

I’ve been working pretty hard this season on mixing Axanthic with Clown in hopes of getting some holdbacks.  These two breedings are a couple I’m REALLY hoping go and give me some great animals to start down a double recessive project (with some codoms mixed in of course for flair ;)) 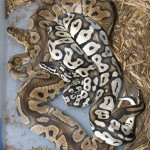 While this isn’t a clown breeding I’m super pumped about the male below breeding some females this season.  Hopefully the not quite yearling boy gets the job done! 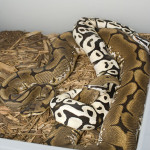 Also sent the pics in to World of Ball Pythons, hopefully they like them!

New combo for me just shed out! 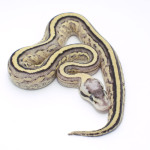 Really happy with how this girl turned out.  Super Specters seem to be perfectly striped, no exceptions, and honestly I’d say a shade darker and more aberrant than their nearly identical superstripe conterparts.  We’ll see if I hatch a superstripe or pastel superstripe to compare the two!  This girl is now added to my “Ball Room” so feel free to check her out!

It looks like, assuming I did it correctly, that now when I post to my “Ball Blog” on my webpage you will get updates on Facebook!

Might be some duplicate info as I post pictures of what’s been happening this season for breedings, eggs, and babies, but some very cool stuff will be inbound!

Thanks for bearing with me!